Start at the end of the world

King George Island of the South Shetland Islands, where the King Sejong Station is located, is close to the civilized world (South America) that makes it easier to access.
Due to these reasons, there are stations from 9 other countries neighbouring the King Sejong Station; Argentina, Brazil, Chile, China, Poland, Russia, Uruguay.
Nelson Island hosts a private base (shelter level) from the Czech Republic. 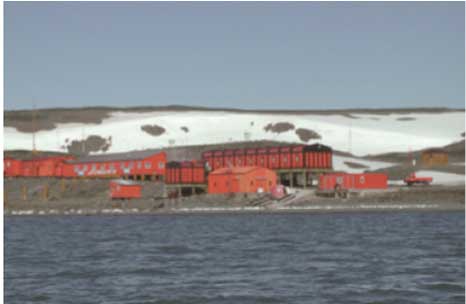 Carlini Base started as a summer base in 1953 and expanded in 1978. The base is not large and is composed of wooden buildings. There are about 10 people in the winter, whereas in the summer there are between 80 to 90 people visiting the base using icebreakers. The Marambio Station, It was originally called the "Jubany" base and was renamed the “Carlini” base in 2010. 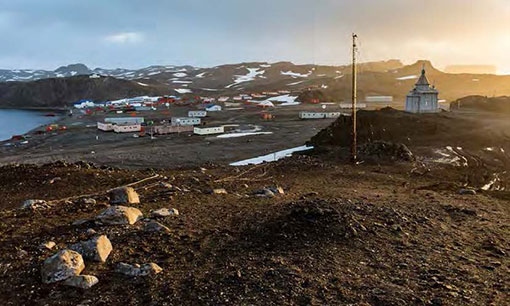 Bellingshausen was constructed in 1968, it has six 1,000-ton oil tanks and heavy equipment, such as large amphibious cars, snowmobiles and cranes. (An Amphibious car is an automobile that can travel both on sea and land with propellers running in the sea and wheels on ground.) For smooth operation of Russian fishing boats and Antarctic material carriers, they made ice maps by observing floating ice in the southern hemisphere via satellite. In the past, up to 30 people used to stay during the winter but due to the difficult Russian economy, only six to seven people maintain the base during the winter. (The photo shows the Russian church on the base) 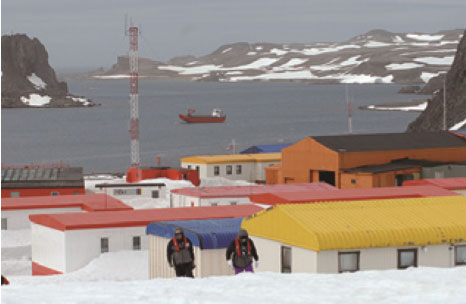 This base was constructed in 1969. The Chilean Air Force Base has a runway that can withstand C-130 transport landings and thus serves as the gateway to King George Island. The personnel, officers and sergeants who are required to operate the air base stay here with their families. In the winter, there are about 80 people, and it is the largest base on King George Island. In the summer, they use naval transport vessels one or two times per month. The Escudero science base, which is located on the Prairie coast is only used during the summer. 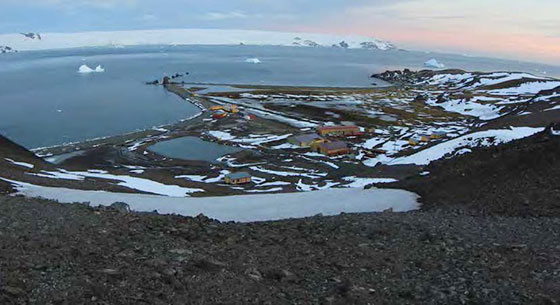 Established in 1977 and located in Admiralty Bay, this is a small but beautifully decorated Station with a wooden interior and a glass greenhouse. 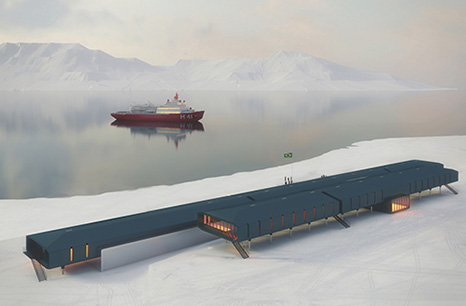 Brazil Ferraz was established in 1984 and located next to a British base that closed in 1961. It is a military base made up of multiple containers and run by soldiers and the base chief. It was the most active research base from South America. In February 2012, the base was destroyed by a fire, making summer and winter research impossible.

The base was established in 1984. Although this base is not very large, they transport freight to the Base Presidente Eduardo Frei Montalva almost every month. Helicopters are deployed for about four months during the summer to conduct flight trainings rather than research activities. 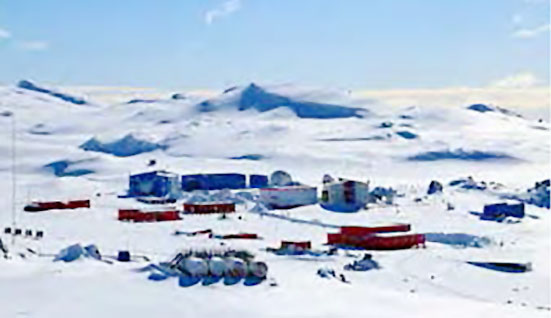 China constructed the base in 1985, and built the icebreaking research vessel Xue Long in 1995. China further expanded its Antarctic research by building the Zhongshan Station. The Great Wall Station was inactive for a while, but later gained a momentum in 2001 and constructed a new building, announcing it as one of the national priorities. Activities here include marine research, remote sensing, ecology, meteorology, and geomagnetic research.